Bepton Down SSSI should be a unique area of chalk downland in West Sussex – but it isn’t.

Bepton Down is just below The South Downs Way on a north facing slope with stunning views towards Midhurst and beyond. It should be 14 hectares of extraordinary habitat, home to protected species of plants and grasses – and one of the few remaining areas of chalk downland in West Sussex.

Even though Bepton Down has an SSSI status it has been neglected and it is now reverting to a mixture of scrub, wasteland and coarse vegetation. The steady decline of this SSSI has been overseen by Cowdray Estate and regulated by Natural England.

Please help me raise awareness about the decline of Bepton Down by sharing this article.

In 2014 a Grassland Restoration Plan was put in place for Bepton Down, Cocking Hill Farm. It was put together by CJH Agri-Environment Consultants (Colin Hedley) with the involvement of Cowdray’s David Hamilton-Fox, Nigel Hiscoke of Natural England and SDNPA’s representative Ian McConnell.

The 2014 Management Plan states that from Year One there should be “a sward height of between 2cm and 10cm in October/November”. These photos show a very different story. Beech saplings are everywhere, plus ash and oak and other scrub. “By year three their cover should be less than 5%.”

Brambles, nettles and other plants are smothering the chalk downland plants.
According to the .GOV website: “Sites of special scientific interest (SSSIs) are protected by law to conserve their wildlife or geology”. How can Bepton Down be in such a poor state when it is protected by law? SSSIs are overseen by Natural England. Natural England have repeatedly been advised of the poor management of this SSSI yet no action has been taken to prevent this decline.

The grassland is being swamped by hemp and scrub. Various species of plant on this site are protected by the SSSI status but they are being destroyed by poor land management and neglect.

Vast stands of hemp all over the SSSI. When these plants die, they rot and enrich the soil. Chalk downland relies on thin, unenriched soil. if action isn’t taken the soil will be improved and it will no longer be a chalk downland.

Poor land management has left the SSSI in a mess – the subsidies that are in place don’t appear to be being used in accordance with the Grassland Restoration Plan that was put in place in 2014?

Grazing hasn’t taken place when it should have happened. At other times the wrong animals have been introduced at the wrong times, or in other cases not introduced at all.
“Given the importance of Bepton Down as the only SSSI under the direct management of the Farm, management should be reviewed annually…” If these annual review have taken place why is Bepton Down in such a mess?

There have been no recordings of Early Purple or Greater Butterfly orchids this year (2017) – what other species have we lost in spite this being an SSSI? Bepton Down has been ignored year after year despite a Grassland Restoration Plan that was put in place in 2014 – the condition is now worse than before. 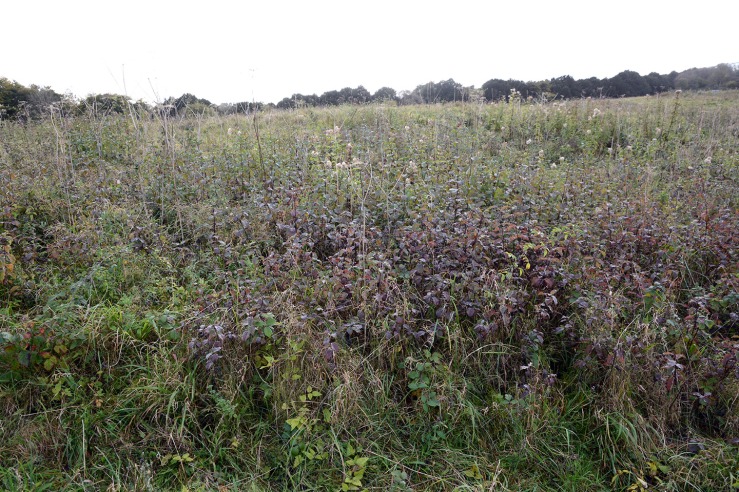 Does this look like conservation and grassland restoration? Or is this just wasteland reverting to coarse vegetation, saplings and scrub? Who is monitoring this situation? Local people have repeatedly told Natural England about the worsening state of the SSSI but no action has been taken.

“As well as the annual meeting… a more detailed meeting (summer 2017) to ensure everything is developing well” – did this happen? Who was responsible for arranging the detailed review meeting in summer 2017? Natural England? Cowdray Estate? Both?

Cowdray Estate have repeatedly failed to manage Bepton Down SSSI. I refer to Natural England’s Enforcement Policy Notice, which clearly states that action should be taken against SSSI owners and occupiers that have failed to keep to a management notice see
I asked Nigel Hiscoke in 2016 if Natural England would consider enforcement and he said “no”. Surely enforcement must happen now?

Look at this view. Is this a view of chalk downland? Is this grassland restoration? Can Natural England, SDNPA and Cowdray genuinely say that this is satisfactory?

The amount of money spent on the portion below the three gates (known as reclamation) was £8,800 in 2014/15. I believe some further £2,170 was also spent on brush-cutting in that period. That’s nearly £11,000. Who is accountable for this waste of taxpayers money? 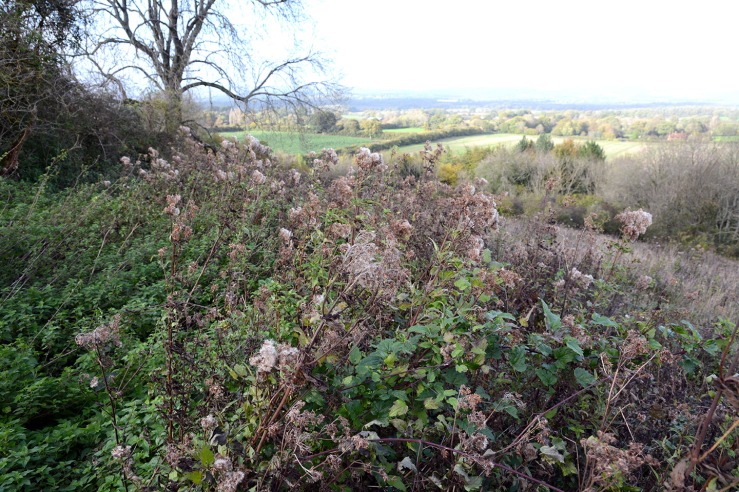 This is where £11,000 was spent on reclaiming land into chalk grassland. Is this acceptable? 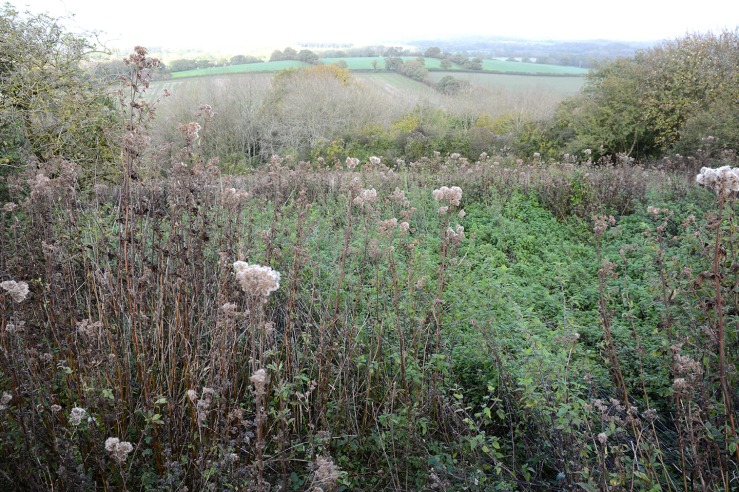 Natural England’s responsibilities include “promoting nature conservation and protecting biodiversity, conserving and enhancing the landscape”. Bepton Down SSSI is a complete failure in all respects. People now need to be held to account.

On this page of their website there’s lots of talk about Bear Grylls, Helicopter Rides and Film Locations – but nothing about conservation. The emphasis for Cowdray is on commercial enterprise rather than caring about the land.

I believe the last time Bepton Down was surveyed was in 2008-2009. It was concluded that:

This steep decline has happened while:

These photos were taken by me, Simon Verrall on 21 October 2017. I live and work in Bepton.

For media enquiries I can supply a full list of correspondence dating back to 2010 (and before) where concerns have been raised about conservation issues for Bepton Down. Concerns that were raised with Natural England, SDNPA and Cowdray. I have lots of photos that are available for publication. Please get in touch.