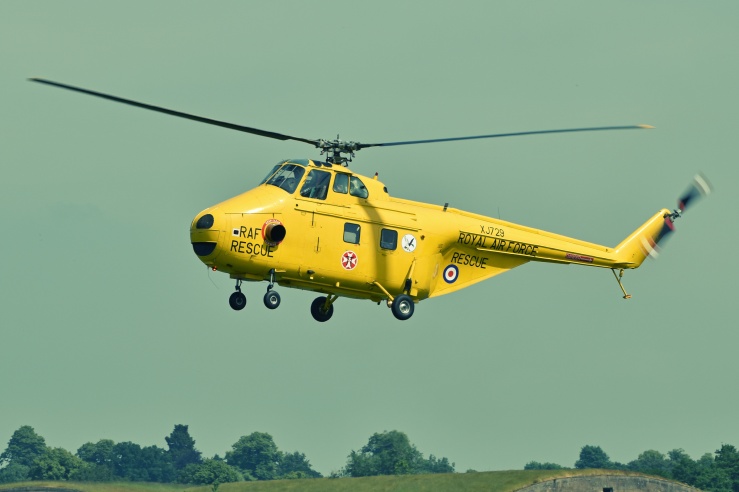 We were contacted by reader of the Bepton Down blog who asked about a helicopter crash when he was a schoolboy. “Does anyone remember the helicopter that crashed on Bepton Down in the mid 1960s? I was a boarder at Midhurst Grammar School at the time and went to see the crashed remains up there on the hillside a couple of days after it happened.”

Richard Stephenson would like to know if anyone can remember any more details about this tragic accident? Please get in touch if you have any memories or information about the crash so we can pass them on to Richard and share with others. At the front of my mind are the two crew lost their lives that day – it would be good to remember these men as part of the history of Bepton Down.

END_OF_DOCUMENT_TOKEN_TO_BE_REPLACED

I was up at the crack of dawn on Sunday morning, eager to be the first person into Petworth Park as they opened the gates at 8 o’clock. Here’s a photo of the boathouse on the Upper Pond.

END_OF_DOCUMENT_TOKEN_TO_BE_REPLACED

During World War II 100 Canadian soldiers lived in our house

Last year we stripped some wallpaper in one of the bedrooms and stumbled across a message scribbled on the wall suggesting that our house had been a billet for Canadian soldiers during World War II. It was an interesting concept so we put our detective hats on to see if we could find out more!

We can’t be certain about the authenticity of the message but it’s very likely that Bepton Grange housed Canadian soldiers during 1941-1942. Many people were evacuated from Sussex at this time and replaced by soldiers from all around the world. In 1942 5,000 soldiers stormed Dieppe in France – the majority of these being soldiers from the Canadian Army who were based in Sussex ahead of the allied assault.

We’ve discovered a  couple of interesting articles about Canadian soldiers being stationed in Bepton and the Midhurst area during the Second World War.

The earliest memory that I laugh about concerns “Old Stan the poacher”. It was August 1941. I was four and three months. I was along the lane from where my family lived at Bepton, just South of Midhurst in Sussex. Old Stan was showing me his shotgun. Gunfire sounded in the distance, getting louder and closer. We moved out from under the trees into the open by a farm entrance.

Flying towards us was a German aircraft. Years later I was to find out it was on a reconnaissance flight and had crossed the South Downs at Brighton, had turned West and was photographing Canadian Army Camps that streched across West Sussex. The Canadians welcomed it’s presence by shooting it full of holes. When it came into view, it was low, smoking, bits falling off it and daylight showing through it in places. The nearest engine was smoking and streaming what I now know to be the oil and engine coolant.

With professional dexterity, Stan snapped open his shotgun, inserted two shells, closed it, raised it to his shoulder, tracked the aircraft and fired both barrels, all in what seemed a fraction of a second.

I was impressed. There was a pause of perhaps two seconds and almost like an echo to the gunshot, the smoking engine exploded. The plane staggered, nosed down and ploughed into a field across the road. Stan looked down at me with a huge grin and said:

I was in awe of that man for years after, but I later realised that at the height and distance it was from where we stood, there was no way his shot could have travelled that far.

In another article published West Sussex County Council Library Services, Bepton is mentioned as having a unit of The Home Guard “trained by officers of the Canadian Army stationed in the area”. Here’s a photo of the local Home Guard c/o Polilaceous on Flickr. 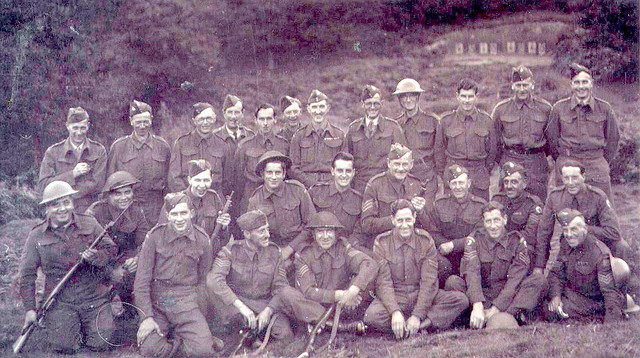 Reading on the website Canadian Roots UK it’s clear that a very large number of Canadians were based in Sussex during the Second World War. 330,000 Canadian soldiers passed through Aldershot before taking up the defence of the UK while most of the British soldiers were away. “From the autumn of 1941 to early 1944 the defence of the UK and particularly the Sussex coast was largely in the hands of the 1st Canadian Army”.

The Mid Sussex Times describes the days leading up to the D-Day offensive:

Mid Sussex became one vast military camp crowded with soldiers waiting for the greatest amphibious assault ever attempted. The whole of the county was effectively cut off from the rest of England as thousands of soldiers prepared for invasion.

Canadians and other Allied soldiers were billeted in private houses across Sussex and, as the count-down to June 6 began, villagers waved the troops on their way as they marched to holding camps near the coast.

So back to the writing on the wall in our house. It’s very likely that 100 Canadian soldiers occupied our house during World War II. It would be lovely to know more about this – who knows, maybe this blog will reach a Canadian veteran and they’ll get in touch. But for now we’ve left the writing on the wall and wallpapered over it again, so that one day someone else will uncover the history of our house for themselves.

Treyford is a remote little village tucked away under The South Downs between Bepton and Elstead. What makes Treyford unique is that whilst it has no church today, it does have the ruins of two.

END_OF_DOCUMENT_TOKEN_TO_BE_REPLACED

Treyford, a West Sussex village with no church – but the ruins of two.

Treyford is a remote little village tucked away under The South Downs between Bepton and Elstead. What makes Treyford unique is that whilst it has no church today, it does have the ruins of two.

END_OF_DOCUMENT_TOKEN_TO_BE_REPLACED

Transcribed from a document displayed on the wall at Bepton Church.

END_OF_DOCUMENT_TOKEN_TO_BE_REPLACED

St Andrew’s Church, Didling, West Sussex. Didling Church (also known as The Shepherd’s Church) sits alone on the side of The South Downs in West Sussex. Dating back to the 13th Century the church has changed very little in centuries.

Here are a few photos: 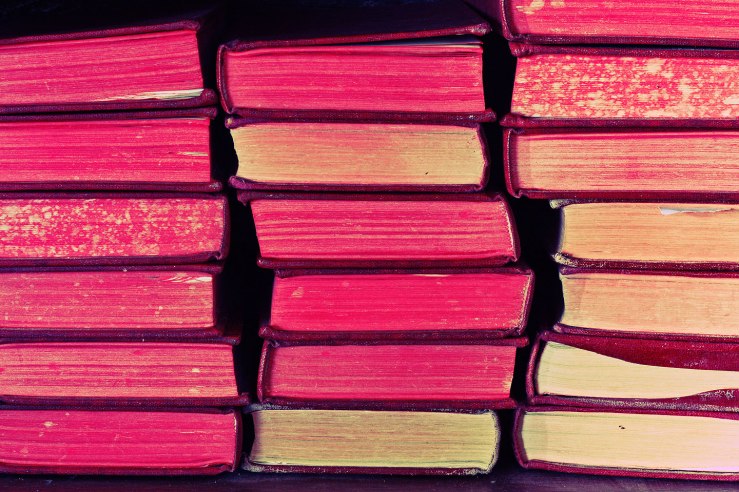 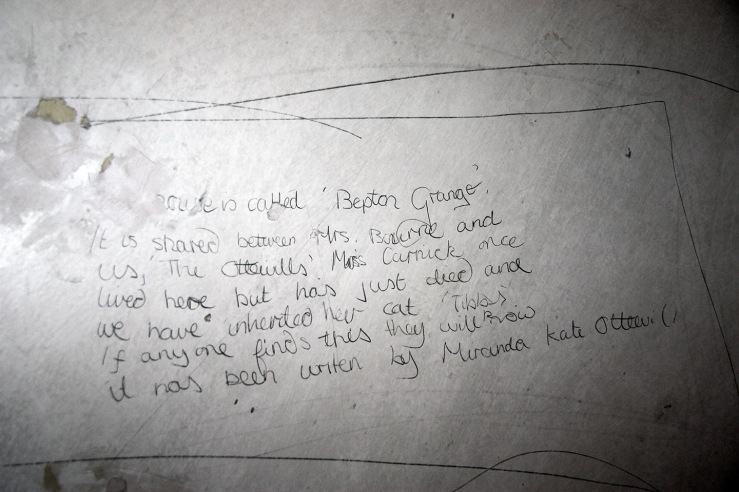 Messages from the past!

We found some messages written on the wall behind some wallpaper at our house – a message to the future from someone called Miranda Kate Ottewill. 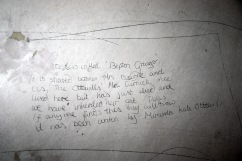 Miranda wrote “This house is called Bepton Grange. It is shared between Mrs Bourne and us, ‘The Ottewills’. Miss Carnick once lived here but has just died and we have inherited her cat ‘Tibbles’. If anyone finds this they will know it has been written by Miranda Kate Ottewill.”

Miranda Ottewill – we have your message!!!! Are you out there???

UPDATE: By complete chance a car drove up our drive in June 2015 driven by a lady called Anna and her mother who are the Ottewills! A fascinating conversation with them about when they lived in our house in the early 19070s. I love it when a mystery is solved!

Just along the road near Petworth is the remains of a settlement called Bedham.

I’d heard about Bedham Church ruins and decided to take a look. The abandoned Victorian chapel nestles at the side of a lane near Fittleworth in West Sussex – but you could easily drive past and not notice it.

END_OF_DOCUMENT_TOKEN_TO_BE_REPLACED 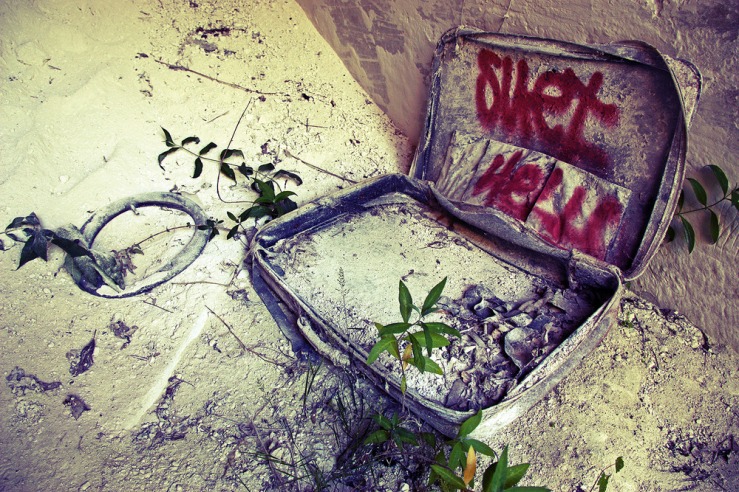 Just south of Cocking, tucked out of sight beside the A286 is an old Limeworks and Brickworks dating back to the 1830s.