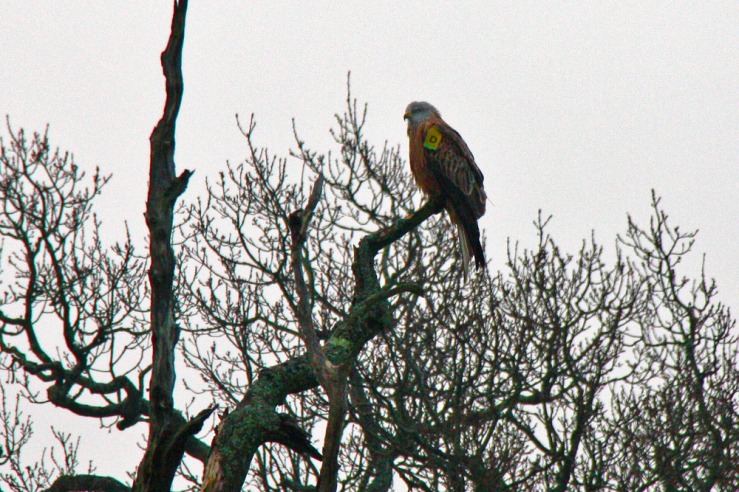 Good to see Red Kite “Sussex D” again this week – though she’s not looking too pleased with all the rain! She’s been sitting in a tree alongside Bepton Road on a few mornings this week with an untagged male Red Kite.

END_OF_DOCUMENT_TOKEN_TO_BE_REPLACED 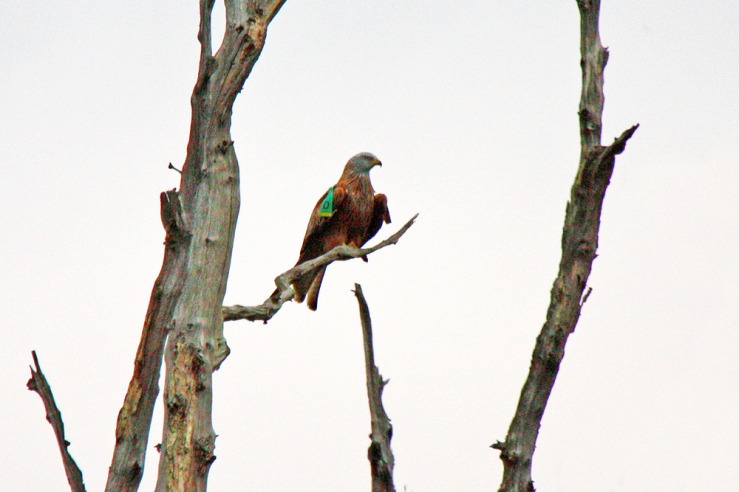 Good to see our favourite South Downs Red Kite this morning on the road out of Bepton. Even better, she doesn’t look any the worse for all the recent snow and bad weather.

END_OF_DOCUMENT_TOKEN_TO_BE_REPLACED 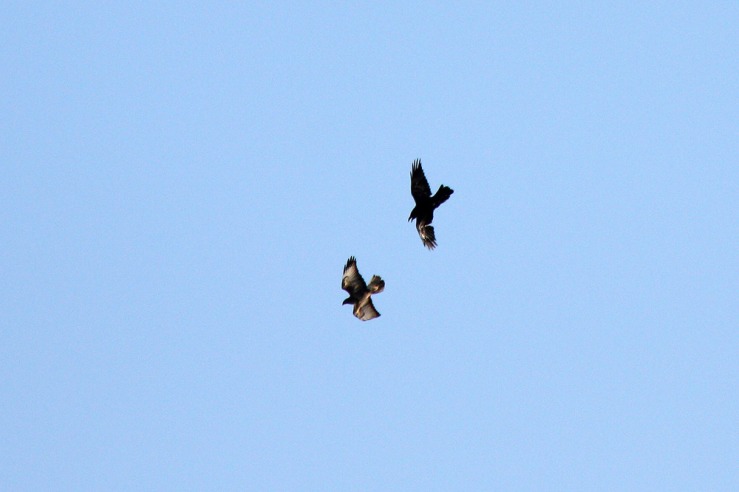 Just look at the size of this Raven chasing a Buzzard over Bepton Down this afternoon!

END_OF_DOCUMENT_TOKEN_TO_BE_REPLACED 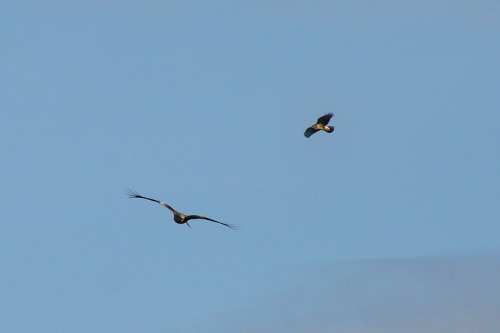 I’m hoping that Santa will buy me a really long telephoto lens for Christmas… These photos are a bit grainy and blurred but at least you can see the birdies! And what a great Sunday morning walk over the Downs. The highlights were Crossbills, six Red Kites, Stonechats and a pair of Ravens. Gosh, very lucky.

Ok, I know this photo is really poor quality, but it was taken from a very long way away!

We’ve been able to find out quite a lot about this Red Kite. Known as Sussex ‘D’, he was born in Phillis Woods, West Sussex in 2006 as part of a breeding and release programme, and was ringed, wing-tagged and fitted with a radio transmitter on 17th June 2006.

Here’s a couple of other photos of Red Kite Wing Tag ‘D’. 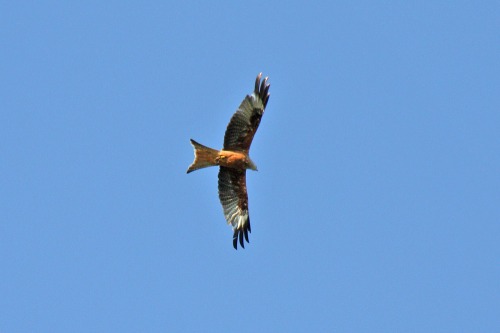 We’ve had some great views of the Red Kites in the last few weeks. They’re around most days, with anything from 1 to 3 birds at a time. This picture was taken on Sunday morning as the kite soared over the house and garden. How lucky are we?

The photo below is an interesting shot of a Red Kite which I took a couple of months ago. This bird was sitting in a tree some distance from me, so apologies for the poor quality and lack of focus — not one of my best photographs I’m afraid! Of interest is the green tag on this Red Kite’s wing. If you look carefully it has a Letter D printed on the tag. I guess this bird is part of the South Downs Red Kite release programme, so presumably it has some history…

Does anyone know anything more about Red Kite Green Wing Tag Letter D??? Please email me at simon@beptongrange.com… Would love to know more. 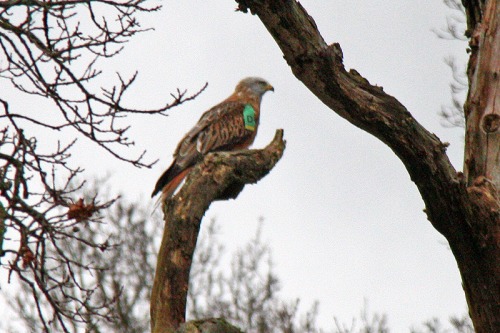 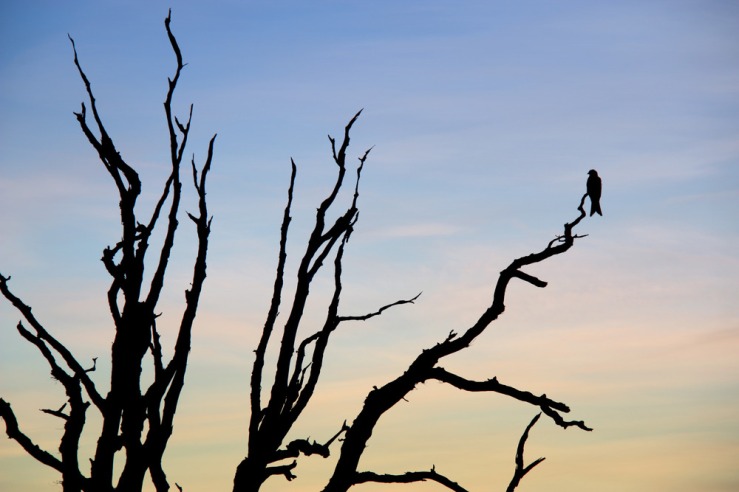 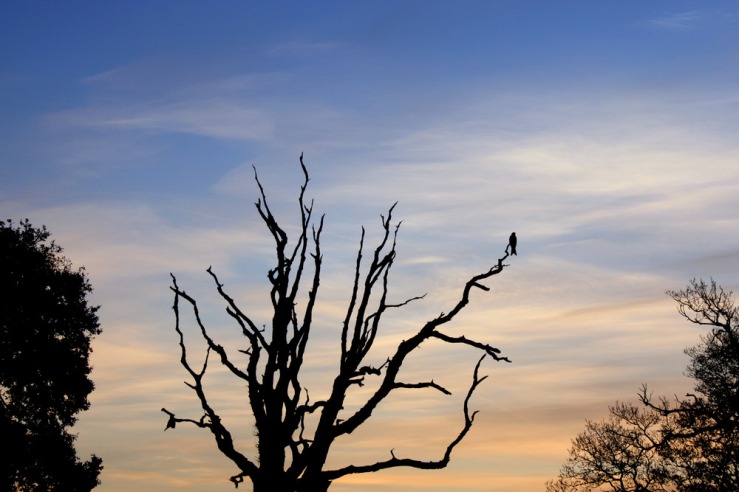 Very pleased to say Red Kites are alive and well, and flying gracefully over the South Downs near Bepton and Cocking in West Sussex. These are immigrant birds (probably from Spain, Germany or Sweden – does anyone know their origin?) which were reintroduced a few years ago to the South Downs at a secret location near West Dean. If you get close enough, you’ll see that they have green plastic wing tags. Hang out in Bepton for a couple of hours you’ll be pretty much guaranteed a view – 2 or 3 of them at a time. Great to see them taking to the skies! Almost as nice as seeing them sitting in a tree…